The Mouawad Magic, named by its owner, Robert Mouawad, is a magnificent emerald-cut, D-color diamond weighing 108.81 carats, and with an internally flawless (IF) clarity grade – the highest clarity grade for diamonds. The dimensions of the stone are 32.91 x 20.73 x 16.83 mm. The combined characteristics of its cut, color and clarity give this diamond its exceptional beauty and is the third largest emerald-cut and one of the world’s largest D-color diamonds.

In an extremely rare class of diamonds, the Mouawad Magic belongs to a class of diamonds known as Type IIA, whose occurrence in nature is only about 1-2% of all naturally occurring diamonds. Type IIA diamonds are absolutely colorless due to their nitrogen-free formation. They have perfectly formed crystals, without any distortions and are considered the purest of the pure of all diamonds.

The rough diamond was discovered in the Aredor mine in Guinea, West Africa, in 1991, and originally weighed 244.6 carats. The diamond eventually found its way to Antwerp, Belgium, the international center of the diamond industry, where Robert Mouawad purchased it in March 1991. Mr. Mouawad then recut the diamond at his own lab based in Antwerp where it was transformed into the magnificent emerald-cut diamond of today – the Mouawad Magic. 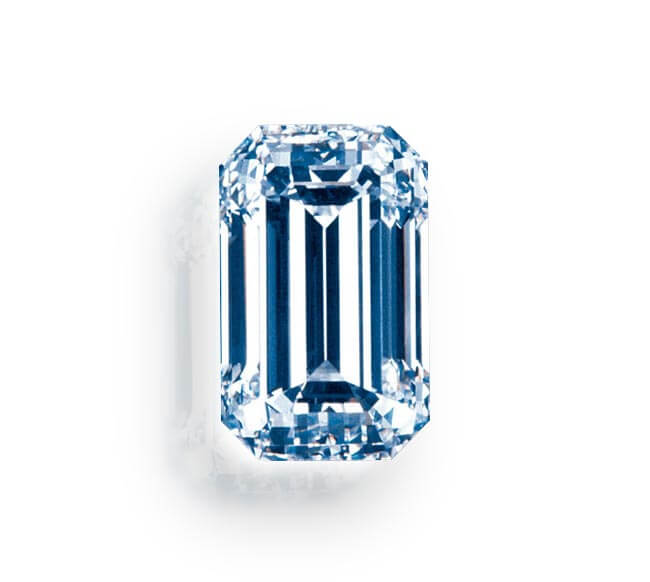